I’m not sure God uses irony to make a point but maybe . . .
For example:

These two days – the most important, in fact the basis for, days in Christianity.

Obviously the day of my birth is not one I remember, but my mother does. As the story goes, I was not due for several days but Mother went into labor and called the doctor. It was her third and she knew time was of the essence. Back in the day doctors were more personally involved. He came and picked her up and took her to the hospital.

To be clear, this was not necessarily the norm but my dad had to stay home with my two older brothers and it was early, early Easter Sunday morning.

Because this delivery was long, long ago, my mother was sedated and not until she awoke later, did she realize she had a daughter. 😊 She was overjoyed after having two sons. And, of course, after seeing me, what’s not to love! 😊 😊 😊
It was 6am Easter Sunday morning. The church people showed up later in the day bringing her the most beautiful Easter flowers from church that day.

My dad had been sick for a while and I got the call to come be with my mother as this was probably the time to “say goodbye” to him.
They were in Philadelphia and I was in St. Louis.

It turned into a three-week vigil.

Finally I told my mother I had to go home to my hubby and two teenaged kids. It was three days before Christmas. My brother flew in and we passed the baton. It turned out that it was the last day Dad was conscious. I remember getting on the plane and calling him – one last time – to tell him I loved him. I then flew home, brokenhearted. He was 71 years old.

(That year was probably my first on-line shopping experience. Having not yet shopped for the kid’s Christmas gifts (and no matter what the age, kids expect to see gifts on Christmas morning 😊 ) I ordered on-line and paid extra to expedite shipping. No Amazon prime then. ☹)

On Christmas Day, back in Philadelphia, my dad had been unconscious for three days and my brother and mother decided to leave the hospital to get fresh air and have a nice Christmas dinner somewhere. However, on Christmas Day, not many choices so it was Chinese for them.

Having no cell phones, they didn’t get the news until they returned to the hospital. My dad had passed away.

We all flew back for the funeral, and afterwards, settled back into life as we knew it.

For the longest time I was dismayed that for all the Christmases to come, I’d associate it with my dad’s death.

Then I got older.

It wasn’t until probably 2 decades later that I realized the irony of the hospital and special holidays my dad and I shared.

And I thank God I can focus, not on my birth and my dad’s death, but on His birth Christmas and His resurrection Easter which means I’ll not only be with God when I die, but with my dad! PTL 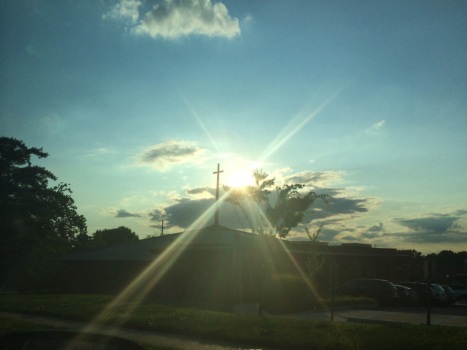 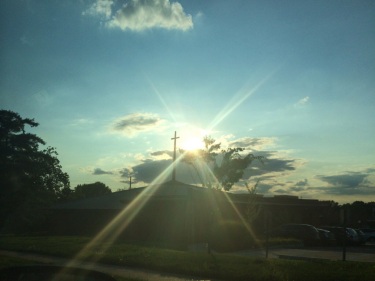 It was Easter Sunday morning a long time ago. No, not that Easter.

My mother, in the wee hours of the morning, went into labor. It was a surprise. It was early. She woke my dad to prepare him. He had to stay home with my two older brothers and my grandmother was two hours away. My mother called the doctor. He came, picked her up and drove her to the hospital. As I said, it was a long time ago.

She barely made it to the hospital and was given anesthesia to put her under, and then I entered the world. When my mother woke up, she was presented with her daughter – me – born at 6am Easter Sunday morning. How excited she was to know she had a little girl after having two boys. It was a special memory of joy for her.

I’ve pondered this of late as I recently experienced another birthday and Easter is right around the corner.

I think of that Easter. And I think of the joy Mary and the others experienced when they realized their beloved Jesus was alive! So much more joy that it cannot even come close to the joy my mother experienced.

Once, I ran across a one hundred year calendar of Easter dates and noted my birthday would never again fall on Easter. I’m relieved. I’m thankful. Easter is the day set apart for all Christianity to celebrate His resurrection. I want to fully focus on that!

I hope you’ll join me!

Matthew 28:1-10
After the Sabbath, at dawn on the first day of the week, Mary Magdalene and the other Mary went to look at the tomb. There was a violent earthquake, for an angel of the Lordcame down from heaven and, going to the tomb, rolled back the stone and sat on it. His appearance was like lightning, and his clothes were white as snow. The guards were so afraid of him that they shook and became like dead men.

The angel said to the women, “Do not be afraid, for I know that you are looking for Jesus, who was crucified. He is not here; he has risen, just as he said. Come and see the place where he lay. Then go quickly and tell his disciples: ‘He has risen from the dead and is going ahead of you into Galilee. There you will see him.’ Now I have told you.”

So the women hurried away from the tomb, afraid yet filled with joy, and ran to tell his disciples. Suddenly Jesus met them. “Greetings,” he said. They came to him, clasped his feet and worshiped him. Then Jesus said to them, “Do not be afraid. Go and tell my brothers to go to Galilee; there they will see me.” (NIV) 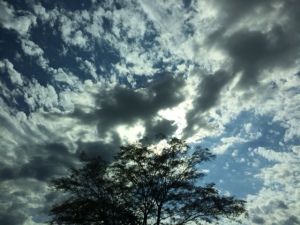 It’s the time of year – for the kids and GRAND kids at least – for Easter Baskets. While we take every opportunity to instill the real reason for Easter – Jesus’ Resurrection, we always enjoy another reason to have fun with the grandkiddos!

It’s become a tradition – the Easter Egg Hunt at our house for the little ones.

As for the hunt itself, I try a different plan each year. Early on, it was simply “grab your basket and a parent and go hunt.” They were quite little at the time and needed the extra help. One year, as the sweeties were not of the “reading” age yet, I cut out and pasted a GRANDkiddo picture on each and every plastic egg, indicating “if it’s got your pic, it’s your egg!” Another year I color-coordinated the egg with the child, i.e., Cooper found all the blue ones, Riley got purple, etc. And a different time, it was different designed eggs.

One point I’m always consistent on is that each child has the same amount of eggs at the end!

Last year was a bit more elaborate: it was a scavenger hunt of sorts. I was tired of contributing candy to minors so in lieu of, I purchased bigger gifts. Each child was handed an egg with a picture inside. It was a picture of somewhere in the house. Each one had a different list. As they studied the picture and then went in search of the egg and on and on, they all eventually ended up at Gigi’s chair. Gigi (my mother and their great-grandmother) had the final clue – where to find the BIG gift. (I’ll use any excuse to buy stuff for the GRANDkiddos!) 🙂

This year, Cooper requested we go back to the color-coordinated eggs. I think the scavenger hunt was a bit too thought-provoking. I may go back to candy in the eggs also! 🙂

We’ve done inside and/or outside hunts, with the weather in control. I am hopeful that this year it’ll be an outside hunt!

Happy Resurrection Day to you and your GRANDkiddos!

Book reviews and tidbits on life.

life through my lens, and in my words

Jesus is not a religion but a relationship with God

Thoughts of the Fallen

A collection of nonsensical words thrown together

We exist to promote and protect the work of St. Louis bloggers

Sharing hope one story at a time

random thoughts and stories from the author of 'Papa, Where Are You?'

A Home for the Stray Thoughts of an Ordinary Christian Woman